Is Viet Nam The New China for Stealing IP? 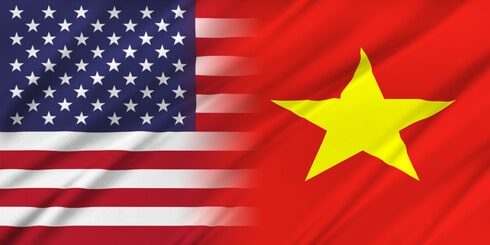 Counterfeit products flooding the U.S. and world markets is a huge problem, and historically China has accounted for 86-percent of the illicit and illegal goods in circulation. But as the country struggles to gain legitimacy with trading partners and foreign investors, it has conducted a major crackdown on the manufacture and sale of everything from counterfeit handbags and scarves to watches, apparel and tablets.

Yet as counterfeiting and intellectual property theft begins receding in China, it is becoming increasingly problematic in Viet Nam, which is trying hard to attract foreign investment and technology transfers. And the country offers a number of benefits to American and other Western and developed companies. But IP protection is not yet one of the benefits.

Over the past year, I have been told by a number of clients that they are exploring an opportunity in Viet Nam. I gave all of them the same advice as their data security and intellectual property protection attorney. “Go in with your eyes wide open. You have to protect your intellectual property and trade secrets from the moment you step off the airplane.”

I also tell them they need to be armed with as tightly written non-disclosure agreement (NDA) as possible. An NDA is vitally important when discussing any kind of a partnership or joint venture deal with a third party, even in America, but especially so in places such as Viet Nam and China. Still, enforcing it can be tricky,

The courts in Viet Nam are governed by the party and government, and the rules have no relationship to either Common Law practices in the United States, Canada, Britain and other Commonwealth countries, or even to the Civil Code governing courts in France, Quebec and Louisiana. In Viet Nam, judges may rule in favor of a foreign investor if the nation’s leadership feels it is in the country’s best interest; if not, then the American business may be out of luck.

This is why Jonathan Pearl, a former executive vice president and in-house counsel at Sony, told The Global Legal Postrecently that Viet Nam is “The next big (IP) challenge.”

In fact, the American Chamber of Commerce in Viet Nam recently put out a statement acknowledging the growing problem. “Unfortunately, IP protection and enforcement in Viet Nam is not as strong as it should be, and the government’s enforcement mechanisms need improvement to effectively stop, punish and deter IP infringement.”

The country’s leadership in Hanoi is beginning to recognize that there is a problem and have stepped up efforts to enforce IP rights in the last few years, Ministries boast of doubling the number of enforcement actions in 2017 and 2018 over 2015 but the starting base is small so the numbers are a bit deceptive.

Nevertheless, any company considering exploratory talks with enterprises in Viet Nam needs to spend time with a lawyer in the U.S. who is well-versed in protecting IP, trade secrets, trademarks and logos before they step foot on a flight to Southeast Asia. It took China more than a decade to understand that IP theft is a deterrent to foreign investment and innovation in the country. Viet Nam is at least that far behind in recognizing the same thing.