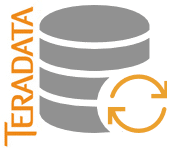 SAP, one of the world’s largest developers and vendors of ERP software systems, is accused in a lawsuit of stealing trade secrets and intellectual property for 10 years from Teradata to build its flagship HANA platform.

While a trial is likely years in the future and the allegations have yet to be proven in court, there are widespread potential implications for not just the two companies but for users of SAP’s ERP product. The purpose of this blog is not to repeat the facts in dispute; the IT and general business news media covered the details extensively. Rather, it is to look at what the legal fight may mean for companies that have installed and are using SAP’s ERP software or may be considering acquiring such a system.

Teradata is seeking, among other things, a preliminary injunction against SAP to prevent the use of HANA. It’s highly unlikely that a judge would grant such an order, given the high legal bar required for a temporary restraining order.

When Oracle sued SAP over similar allegations, no restraining orders were issued blocking SAP from pursuing customers. That suit settled in 2014 when SAP agreed to pay Oracle $357-million to resolve the dispute.

For the time being, current SAP/HANA users of the ERP software system are not at risk of being stopped from using what is installed and running. But as an ERP contract negotiating attorney, my recommendation to any company considering an SAP software system would be to ensure that its contract includes clauses protecting it in the event that the Teradata case succeeds. After all, the lifespan of an ERP system is up to 15-to-20 years. Clearly, a user does not want to suddenly have its system crippled by a settlement or ruling that affects its ability to use a tool that is essential to its business.

Businesses that are concerned about the status of their contract with SAP should consult with an ERP software attorney who can review the software license and provide advice about their situation.