How Senior Management Causes Its Own ERP Problems 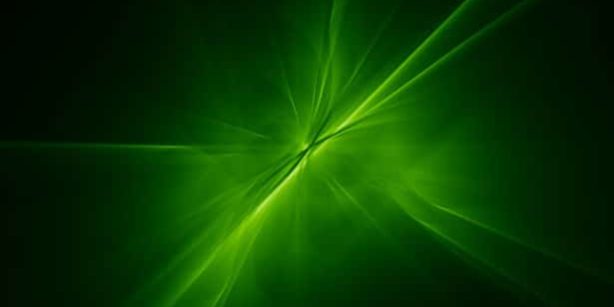 We often write about the mounting number of failed digital transformations, especially those involving an ERP software system. More often than not, the underlying cause of the failures involve either the vendor or integrator biting off more than they can chew. They misrepresent the capability of their ERP system or their experience at integrating a system into the users existing software and hardware.

But seldom is management blameless when there is a failure.

One common mistake we see as ERP contract litigation attorneys is that the executives along mahogany row see the ERP software acquisition as only a technology project. It isn’t. ERP software systems are a technology solution to an overriding management issue. The issue might vary from one company to another. In some, it might focus on how the business is run; in other’s, its manufacturing processes; while still others might want to include employee matters or financial concerns.

By thinking of ERP software systems strictly as a bit of complex, if costly, technology not worthy of much more attention than approving an upgrade in Microsoft Windows, CEOs, COOs, and CFOs can easily lose track of the project.

When this is the starting point, a failure of the system installation and integrations might not be far behind.

Making matters worse, many integrators are quite happy to lull executives into this false sense of inattentive security. After all, they bid on and won a contract that can be worth tens of millions of dollars. So, they are likely to be reluctant to shout “Fire!” at the first whiff of smoke.

Many, especially among the large integrators and consultants such as Accenture, even try to shoulder other advisors with specific expertise out of the way even though these third parties might be able to rectify the situation before the project becomes a total disaster.

Then, when the head of technology in the company sees an issue spiraling out of control and alerts top executives, often they get blamed for the unfolding disaster. Using the outdated management notion that “somebody has to take the fall and it won’t be me,” these CEOs and COOs fail to recognize that if they had been paying closer attention from the outset, the problem might have been entirely avoidable.

Often, problems can be traced back to management not really knowing what it is they want an ERP software system to accomplish for the business, an offshoot of thinking they are acquiring a technology solution, not a business process.

As Yankee Hall of Fame catcher Yogi Berra used to say, “If you don’t know where you’re goin’ you won’t know if you got there.”

Fox in the Hen House

The second major mistake happens when senior corporate leaders assume that because they have an integrator, that resource will take care of monitoring progress. But since when have foxes been any good at guarding the chicken coop?

By not retaining an independent consultant to monitor the vendor and the integration, users can leave too much to chance. Yes, a consultant can be expensive but so, too, is the digital transformation project. Adding a few hundred thousand dollars to the cost of a multi-million dollar ERP implement project is a small price to pay when the overall impact on the entire company of an ERP failure is considered.

The next error made when a problem appears is that the software itself is blamed. Admittedly, many vendors over-promise and under-deliver on the capability of their product and its applicability to the user’s business and industry. But a smart CEO is going to take a deep look to find if there is any reality behind the bold assurances.

Again, this is where an independent consultant will pay for themselves. They bring experience with businesses in many different sectors, and have a comprehensive understanding of the product offered by each vendor. So, a consultant is in a good position to tell the CEO, “They’re blowing smoke” or “This will work for you.”

We have seen countless situations where the vendor and integrator must shoulder the bulk of the burden of an ERP software system failure. We’ve written about many transformation projects such as the system sold by IBM to Lufkin Industries LLC, Revlon’s massive problems that cost it tens of millions, or when a system sold to the State of Maryland couldn’t do what was promised.

Many times management shares part of the blame in ERP implementation failures, and just as often had the C-suite been doing its job the problem may not have existed in the first place.

If you are considering upgrading a legacy ERP software system or installing one for the first time and would like to discuss ways to avoid getting off on the wrong foot, feel free to call us. We’re always happy to answer questions and can refer you to some of the industry’s most-highly respected consultants.